Tell me early educators, what is your math story? 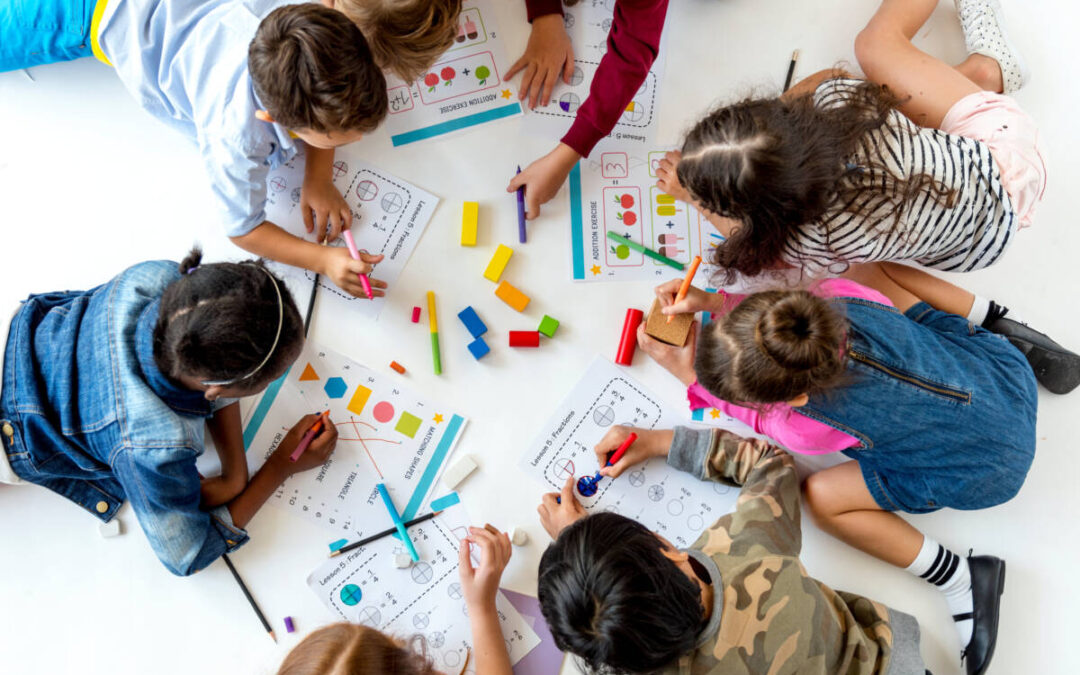 Think back to when you were nine years old.  You are sitting in your 4th-grade class and your teacher announces it is time for a timed multiplication test. What is your reaction? Do you get a rush of excitement over the thrill of a timed brain rush, or do your palms feel sweaty and you have an anxious stomach at just the thought? What if you get the answers wrong? What if you can’t finish your test? What if you get stuck on the first line and your friend next to you sees that you don’t know the answer?

If you are feeling anxious even imagining the situation, you are not alone. Research shows that math anxiety negatively affects about 50% of adults, more women than men. This anxiety takes up energy and space in your brain that inhibits problem-solving and critical thinking. Children who experience math anxiety have a more difficult time learning new math skills, and it creates a snowball effect landing students further behind in their math and science classes.

As Early Childhood Educators, you might be wondering what this has to do with us. The reality is, many of us may still carry math anxiety years later and we might not be aware of it. For instance, I have moderate dyslexia and before I was diagnosed, I would often copy math problems from the book to my paper incorrectly. I would then do the problem correctly on my paper, but the answer was incorrect from my book because I wrote down 45 + 33 instead of 54 + 33. My teacher marked the answers incorrect, I received poor math grades, and I always thought I was just inherently bad at math. It wasn’t until years later that I learned I was dyslexic, got the tools I needed, and had to unlearn what had been embedded into my identity. I wasn’t bad at math. I could learn new math skills and I could do hard things. I often wonder what might have happened if that teacher took the time to help me problem solve instead of contributing to the issue.

Many early educators unknowingly hold on to false beliefs about their abilities and pass them along to the children they educate. I had to learn to overcome my false identity so I could be a better educator and role model for the next generation.

In case you need to hear it, you aren’t bad at math. You do math every day. Anyone who has ever successfully doubled a recipe, added a tip to a bill at a restaurant, managed a budget, estimated time or weight, or arranged furniture in a room is a mathematician!

Let’s teach the next generation that math education is a process, not just about getting the most amount of answers on a timed test. Whether you are a family child care provider, a child care staff, or a center director, each of you has the influence to empower young children with the knowledge that it is ok to get the wrong answer, make a mistake, or work through a problem. It is okay to be a little nervous about something and try it anyway. Children need to see adults around them struggle, problem-solve, and work through it! That is when true learning happens. Building math confidence in young children now will provide the foundation to help them succeed as they enter elementary school and beyond.

In an effort to break the cycle of stigma around math abilities, BANANAS recently completed a two-year partnership with the Early Math Initiative Project to provide early math coaching and training to child care providers. One of our coaches, Joan Suflita, worked directly with child care providers to rewrite their math stories and make teaching early math fun!

To all the child care providers educating the next generation of leaders, scientists, inventors, mathematicians, doctors, researchers, and educators, thank you. We are continually inspired by your work.

Please check out these Early Math Resources for simple tools to incorporate problem-solving, early math projects at your site.